Too many in one company? 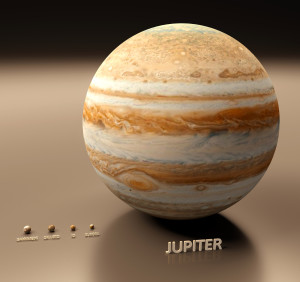 Recently I read the combined hands of two business owners of a successful event management company.

The owners were having conflicts and wondered if their hands could tell the story.   Interestingly what showed up is that they both had the same Star of Jupiter gift markers in their hands.

Less than 10% of people have this marker and here they were together. The Star of Jupiter is the mark of the gifted leader and person of influence.  The Star of Jupiter person is a high achiever, the decision-maker and is happiest being in charge.  They are most comfortable working independently and accepting full responsibility.

The bottom line is that the person carrying this gift needs their own realm or kingdom to call their own.  Hence the conflict!

The way the company was organized had these two executives sharing the same kingdom of responsibilities. There’s only one king or queen per kingdom – no shared reigns when it comes to the Stars of Jupiter folks.   As I explained this to them it gave them, light and hope began to dawn.  It wasn’t personal – it was in the stars 🙂

We talked, looked at the organization and found a way for each of them to have their own realms of responsibility within the company that each felt great about.  Next we planned meetings and times for the two to meet and share what’s happening with each of  their respectful  ‘kingdoms’.   Both breathed a sigh of relief.  Neither had to abdicate their crowns. They could now thrive independently and together at the same time.