“Here is the test to find whether your mission on earth is finished. If you’re alive, it isn’t.”

You’re never too old to manifest your divinely assigned destiny. Your life you secretly know you’re meant to live! 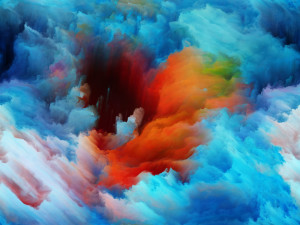 And all you need to know is written your hands and fingerprints!

I recently ran into a woman I coached several years ago. She was a 67 year-old-woman who came to me with a feeling that she just knew “there was something more she ‘should’ be doing.”   What her hands revealed loud and clear was that she was a gifted healer.   Well, she asked; so what does that mean? What kind of a healer? There’s so many options! She signed up for the Life Purpose Acceleration Program. At the start of it, she was working 3 part-time jobs, one as a receptionist at a holistic healing center.

In her 3 Year written vision, she saw herself as a full-time healer and working as a peer at the healing center and no longer the receptionist. She envisioned fully supporting herself as a healer and earning at least $40,000 annually and no more part-time jobs. She saw herself as a peer with the other healers and most especially feeling like a peer and enjoying the respect of her current boss as an equal. We also worked on her mission statement which was to help, heal and inspire abused children. She pictured herself living in a condo that she owns on the beach.

In less than three years, Elaine is now a full-time healer, fully certified in two healing modalities. She has her own treatment room in the healing center where she used to work as a receptionist. She is living in a condo with an ocean view only one block off the beach. She also volunteers at an early childhood program where she visits and spends time listening to children who come from broken homes. The training and the purpose of the children’s program is meant to helps build their self-esteem which she finds most rewarding.

Elaine had included in her vision some other things she wanted to ‘do’ ‘be and ‘have’ Everything she envisioned and took action on has come forth for her except one which was to invest in some beachfront real estate.   Looking from the present perspective she is glad that she didn’t put her energy into that.

The amazing thing for her, she told me, is that she hadn’t looked at her 3 year vision until recently and was ‘blown away’ by the fact that it all happened! If she can do it – so can you. It’s never too late to start.